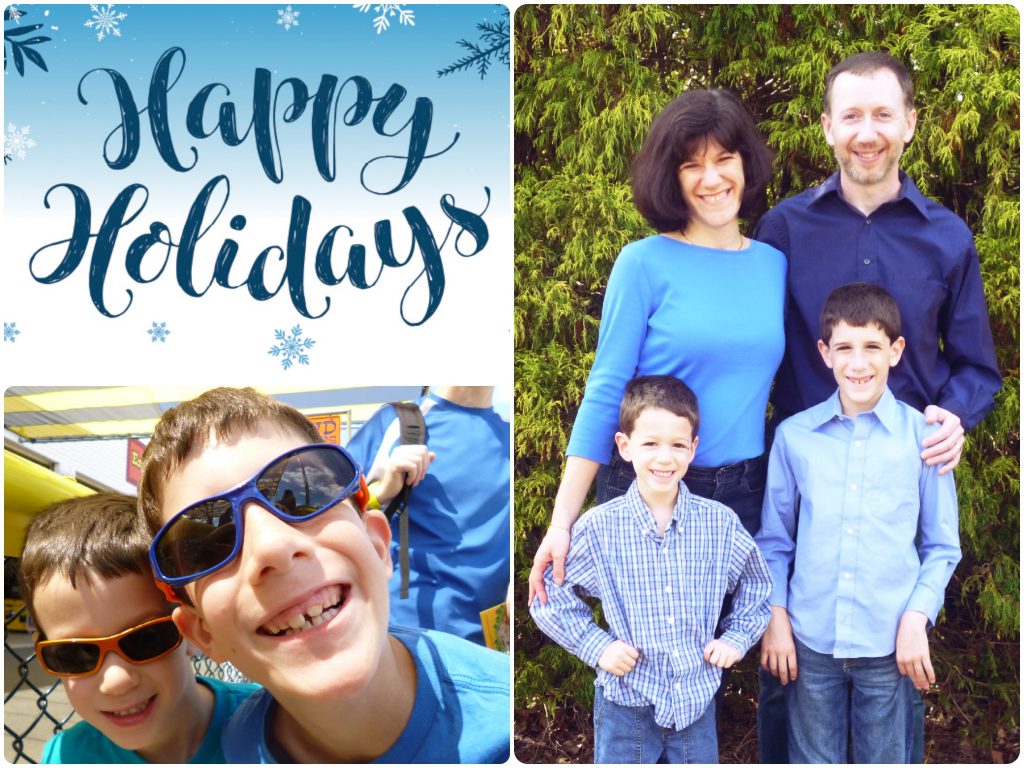 We hope this year-end report finds you happy, healthy, and enjoying a restful and restorative holiday season with loved ones. Lots of stuff happened in our family this year, and there are lots of pictures that go with this stuff! Photo captions appear in a super-squinty font, but we encourage you to read them anyway. A bonus feature tracks some of the Meaningless Milestones that John reached this year! Before we begin, though, here’s…

A Note on Hyphenation

If you like it when large words are broken into pieces, you’re in for a real treat this year! The WordPress platform is pretty aggressive about hyphenation. If you see any hyphens you don’t like, please assume Word-Press-put-them-there-!

And now on to actual family news…

This year, we’re proud to report that both boys successfully aged by one year. To celebrate, we invited strangers into our home and paid them to behave strangely. For Max’s 8th birthday party, a magician entertained the crowd. 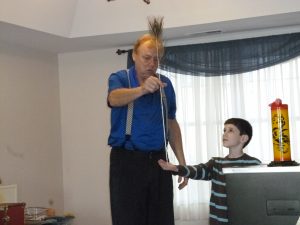 The magician shows Max how to balance something that, as it turns out, is surprisingly easy to balance. That thing is also great for tickling elephants behind their ears. 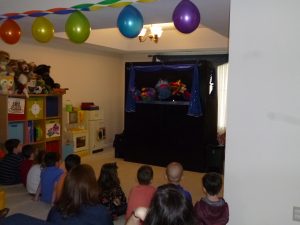 The puppets are in the big black box. Look at how beautifully those streamers and balloons are arranged! I believe John did that.

John also grew one year older, but with less fanfare (and less cake) than the kids. Marginally more newsworthy is that the number of subscribers to John’s YouTube channel now exceeds his age. Growth was explosive this year, beginning as it did near 0 at the close of 2016. These guitar videos are just waiting to go viral as soon as you and 100,000 of your closest friends watch, like, comment, and subscribe! 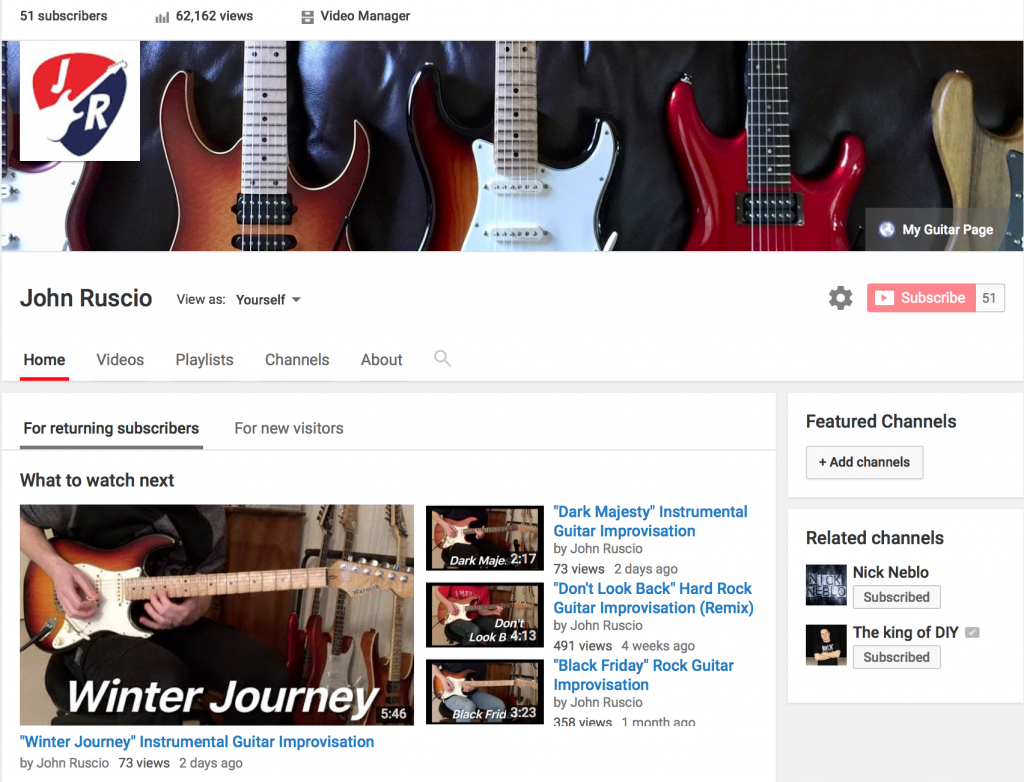 Yes, this is a screen shot of a YouTube channel, your holiday wish come true!

Meet the New School, Same as the Old School

Zach started full-day kindergarten at the Bucks County Montessori Charter School this fall! Max is in the 3rd grade at BCMCS. Now they get to catch the same bus each morning, right across the street from home. 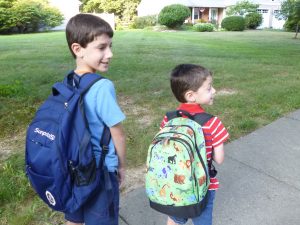 The boys await the bus, ready for anything, up to and including the transportation of extra children in their enormous backpacks.

Even though this heading is pretty self-explanatory, here’s some text to explain it with an example and pictures. Zach loves reading books, Highlights magazine, street and traffic signs, and just about anything else bouncing photons at his eyes.

For example, when Ayelet took the boys to buy donations for a Jewish food pantry, Zach became an expert at reading kosher food labels. He checks everything that comes into the house and lets everyone know which items are kosher. We don’t keep kosher, but it’s nice to see the boy honing a skill. Test your knowledge: Which of the following shows kosher food? 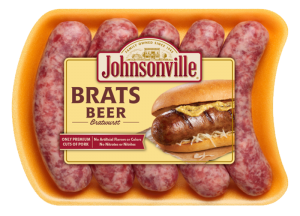 Despite the use of “only premium cuts of pork”, this delicious bratwurst is not considered kosher. 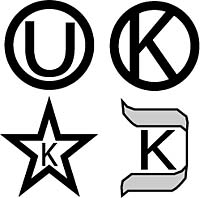 Yes, this is the correct choice.

Readers of a certain age may remember that 30 years ago, on October 19, 1987, there was a stock market crash called Black Monday. Readers of a less certain age may know that 20 years ago, when October 19 fell more conveniently on a weekend, Ayelet and John got married. A handful of readers may recognize their younger selves in this photo from our wedding day. Additional photos appear in an anniversary guitar video that John recorded. 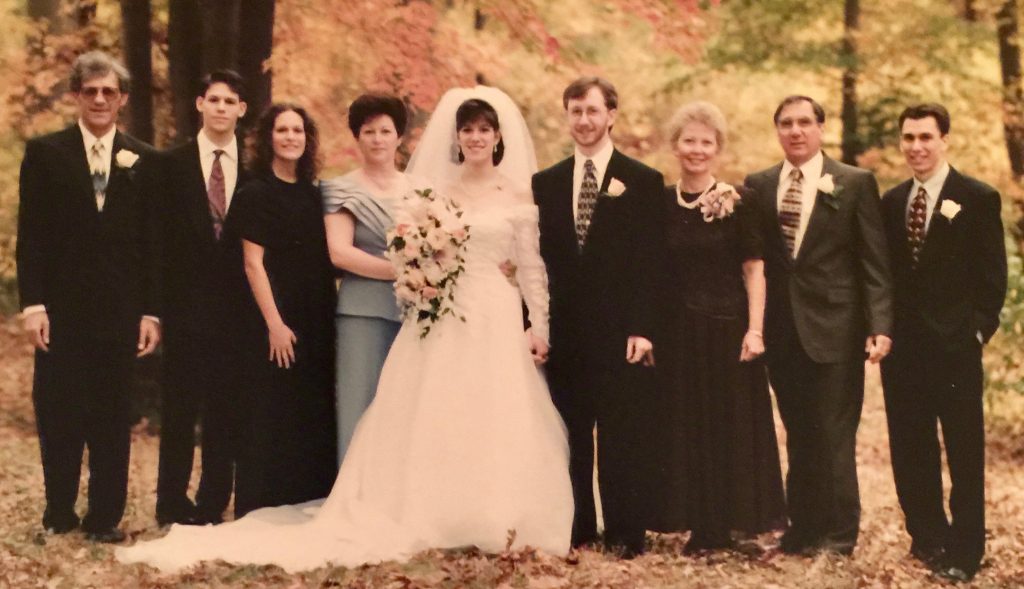 All men’s hair subject to availability, while supplies last.

Max is getting really good with nunchucks, and this fall he earned his brown belt in karate. Max is even more fierce when doing karate than when posing for a photo with Sensei Brian. 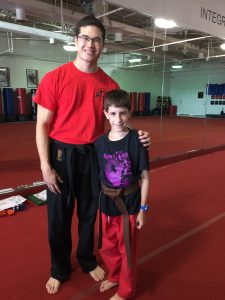 The nunchucks are too scary to show you.

In less strenuous but more persistent physical activity, John has taken his exercise walks for nearly 2,200 consecutive days, totaling more than 22,000 miles. The streak is approaching 6 years, beginning before Zach was born and including mostly outdoor walking in weather ranging from snowstorms, to 100+ degree summer heat, to Hurricane Sandy. Steps are not counted, so the mileage excludes each walk from the couch to retrieve a snack and the ensuing return trip. 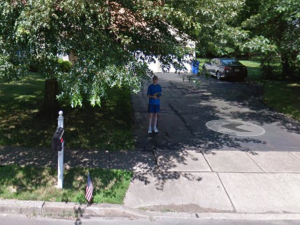 While out for a walk, John saw a Google car taking street view pictures around town. It passed by just after he arrived home.

This spring, Max did a science fair project on color perception, specifically on opposite colors. Try staring at the dot near the center of this picture, without moving your head or blinking, for 20 seconds. Then look away, preferably at something white, and what do you see? 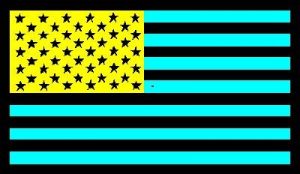 If you can explain what just happened in your brain to create the appearance of the true American flag, you’ll dazzle the elementary school students! If you can do it without getting all political, good for you!

Ayelet Does Educational Stuff, Too 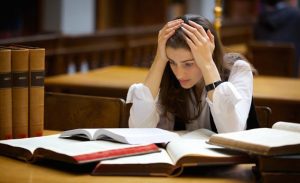 This isn’t Ayelet or her student, and it’s not really what the grad school experience looks like these days, either (it’s more digital, less paper). But when you type “grad school” into the Google image search, your choices are pretty limited.

Max joined the after-school chess club this year, and he’s also taught Zach to play. The two of them play a lot of chess together, and they’re making great progress playing against skill-appropriate levels on a chess app. 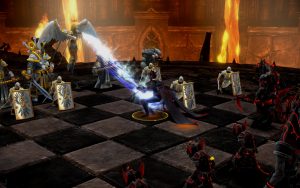 It’s hard to take an exciting picture of boys playing chess. In my imagination their chess battles look like this.

Newest Addition to the Family

Our nephew Jack was born! In compliance with Meron family bylaws, this took place in April. We went to visit Jack–and, while we were there, his whole family (Shachar, Amy, Mattie, Emmie, and Gracie)–in central Illinois, fancifully depicted here: Despite appearances on this Illinois Travel Map, please be advised that you can approach Illinois from the east by land rather than by sea. Also, John thinks they’ve taken some liberties with all the state has to offer. In his experience, it’s a little bit of this… 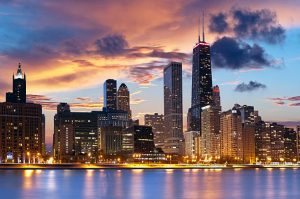 surrounded by almost nothing else but this… 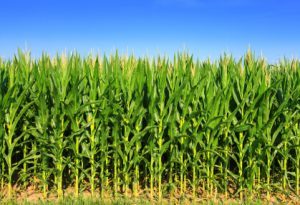 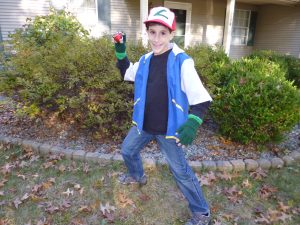 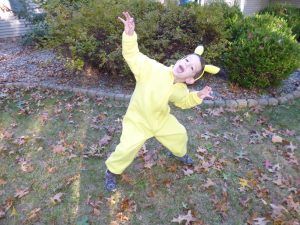 Pikachu: a short, chubby rodent character. I’m not kidding, you can check Wikipedia.

As a point of comparison, here are the “real” Ash and Pikachu: 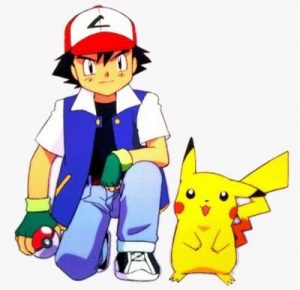 That little yellow one still doesn’t look like a rodent to me.

Long-time readers know that John was raised as a New England Patriots fan. Zach has taken a real interest in football, meaning that he’s still at the age where anything his dad likes is interesting to him, too. (Sadly, Max has outgrown this.) For a few years the Pats were Zach’s #1 team, but he’s decided they’re now his #2, following the Philadelphia Eagles. I’ve decided to allow it, since you just can’t fight the pull of geography. I grew up in New England, he’s growing up near Philadelphia, so be it. 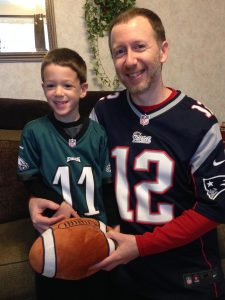 Jersey sizes represent the superiority of the Pats over the Eagles, or so John hopes…

Before we say goodbye, we’d like to leave you with a few more pictures of the boys. If you’d like to see a lot more of the boys, visit John’s Facebook page for monthly albums of pictures and videos dating back to, and even slightly before, Max’s birth. 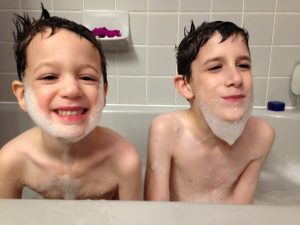 Amish-style bubble beards back when they still took baths together! 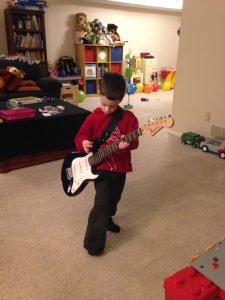 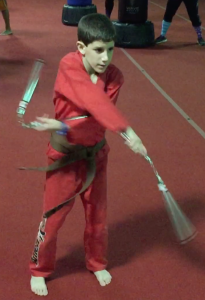 I warned you earlier that watching Max wield his nunchucks can be scary! Just be glad this isn’t a video! (The video is on Facebook if you’re brave enough to view it–and determined enough to find it.) 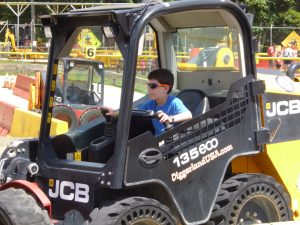 Max driving a something-or-other at Diggerland. 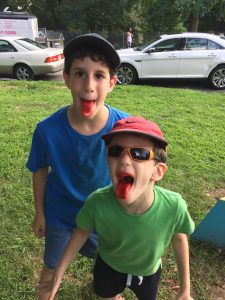 I think, I hope, I really want to believe the boys had eaten an intensely red treat. And yes, Max’s tongue really is that large. We may have him tested for reptilian genes.

We hope that you and your loved ones have a joyful holiday season and a wonderful new year! 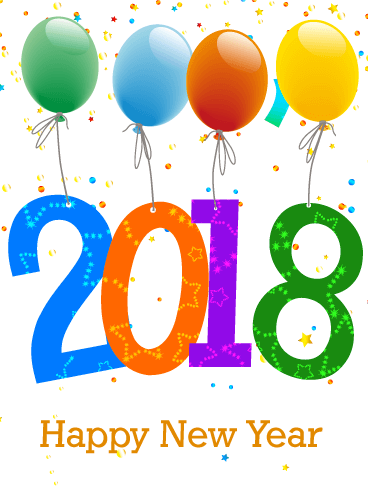